A spectacle before the finale    The most admirable part about the Marvel movies is that they make you sit through till the very end and make you read the names of the technicians, stunt doubles and all the other guys who have given their blood and sweat to create this 'Master-piece'.         10 years, 18 films, 22 superheroes and finally we get Avengers Infinity war. Thanos, a purple giant from Titan having a huge chin is in quest for the six infinity stones. If he gets those he would have the power to wipe off half the population of the universe. He already has one, the others are with Loki, Doctor Strange and Vision. Thanos is not a regular bad guy. Here, he has a heart and he also mourns.        The directors Anthony and Joe Russo are masters at parallel storytelling. Thor bumps into the Guardians while in space, Doctor Strange, Iron Man and Spiderman form another team whereas the Captain, Black widow, Falcon join hands with the King of Wakanda
Post a Comment
Read more

Beyond the clouds - Movie Review

Ishaan is the silver lining to the dark clouds.   The love of foreign filmmakers with the dark underbelly of Mumbai is really unfathomable. They find beauty in the slums,dhobi ghats, crowded streets, local trains and fish markets of this dream city. It was Danny Boyle in the 2008 Oscar winner 'Slumdog Millionaire' and now it is the Iranian filmmaker Majid Majidi's 'Beyond the Clouds' introducing Ishaan Khattar and Malavika Mohanan. The music maestro A.R.Rehman has given the music.       Amir (Ishaan Khattar) is a teenager working for a sex-trafficer, couriering drugs in sweets' boxes to his boss' clients. He demands a raise from him inturn his boss decides to clip his wings by tipping off the cops. Amir, while running from the cops bumps into Tara (Malavika Mohanan), his sister whom he haven't met for years. Tara was once married and harassed by her husband. Now she is alone working in a dhobi ghat. She is sexually assaulted by her co-worker w
6 comments
Read more

- April 13, 2018
A fan is one who admires and supports a particular person. There are fans of movie stars, singers, authors, poets, sportspersons, spiritual gurus etc. Being a fan isn't wrong but there are some ardent fans that can't judge between right and wrong that the celebrity does and support him blindly. That is when the 'Foolish Fandom' creeps in. I want to stress on a specific fan club - 'The Salmaniacs'     Salman Khan, undoubtedly, is the biggest movie star in the country at present, with his movie raking in massive money at the box office. Several critics doubt his acting chops and his choice of movies but his fans leave no stones unturned to make even the worst of his films a 'Blockbuster'. 'Bhai ki film hai, dekhni to padegi hi', 'Film main kuch ho na ho, Bhai ka dance jabardast hai' - they say. However stupid, Big Boss may be, his fans sit glued to the TV sets to watch him speak out his unrehearsed dialogues which generally lack the pun
2 comments
Read more

Not less than family

- April 07, 2018
It's said," When destiny forgets to tie some people in blood relations, it corrects it's mistake by making them Best Friends ." The saying holds true to me.     I've always made friends, since kindergarten till today while I'm doing my Masters. Friends have always been an integral part of my life . I wouldn't imagine a life without them. May be it's because my best friends have always been elder to me. I like being treated as a younger one. I carve having an elder sibling which my friends have always fulfilled.    You don't choose your friends, it happens, friendship blossoms. There are never right and wrong friends, its up to you what you imbibe from whom and I've always been lucky. The friends that I made in school are still closest to me. We never chat, this social networking isn't made for us but when we meet, probably once a month, it's no less than a festival. I make it a point, however busy I am, atleast once a month I meet
4 comments
Read more

Dadu.. I miss you 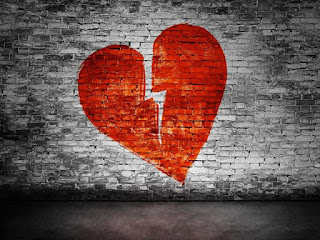 Dear Ex ,                 How are you? I hope all is fine. It has been many years that we last met. A lot has changed but I'm still the same. Only time has changed and you have changed. I'm still the same like I was earlier. Just I can't love anyone anymore, otherwise all is the same.     Those paths where we used to walk, hand-in-hand talking incessantly. Those golden sunset by the beaches with you by my side, those frequent visits to the pani-puri stalls...and endless memories. All are the same...though not you.    Remember? The thornless rose that you gave me... even today that withered flower is yet safe in my diary. That last letter you wrote to me, in which you promised that you will never leave me is still locked up in my cupboard, which I never try to find because I know, if I read, I'll definitely cry.    Don't worry, I don't weep in your memories but I have started writing tuti-futi poems. Even today when I walk down those lanes, where
6 comments
Read more

Don't give up on love. 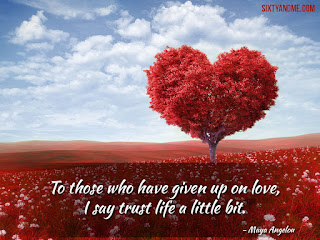 (This is a letter to all the shy, introvert singles out there who find it difficult to express their feelings to their loved ones.) Dear friend,                    It's been a long time since I last wrote to you. I have been busy a lot with work, finally found some time. When we last met, you told me about your woes that you face while talking to the girl you love. I told you it's not that hard, ''Just do it," I said.    Dude, 'Its fine.' It's fine that you don't know how to start a conversation, it's fine that you find it hard to talk to a stranger, it's fine that you can't ask a girl out. 'Its fine'.    I know it's easy for you to express yourself on text messages rather than in person. It's not strange. Even I feel the same.    Don't think you don't have a soulmate just because no one calls you-baby, jaanu,ectera. Some one soon will.    Don't think you don't have some one to wake you up in the
2 comments
Read more
More posts

Gaurav Kadam
The blog is my foil to be an author.